Winter is here! Located in the Northwest, Kirkpatrick & Startzel often litigates slip-and-fall cases where a person was injured from slipping on ice or snow accumulation. A landlord or business could face a major lawsuit if the winter weather is not dealt with responsibly.  Likewise, a tenant or patron may suffer serious injury but not know their legal rights or obligations.  Here are some tips everyone may use, heading into the cold-weather months.

Washington law recognizes a landowner’s responsibility to exercise sensible care in alleviating an ice or snow accumulation hazard when the landowner knows, or should know, about the danger.  Likewise, commercial tenants should not assume that they have no responsibility in maintaining their business premises.  Even if the danger is open and obvious, the law expects that guests and tenants will endanger themselves, and holds irresponsible property owners liable.  Thus, a landowner who wants to avoid a lawsuit should take affirmative steps to ensure that all winter hazards are addressed in a timely manner.

In addition to clearing snow from parking lots and driveways, landlords should ensure sidewalks are shoveled.  An application of deicer or sand can help combat slippery ice.  Businesses should ensure their workers are equipped with the shovels, snow blowers, deicer, sand or other tools needed to address dangerous sidewalks and parking lots.  Everyone should document their efforts. Record all snow removal policies and log complaints about snow as well as each time snow is shoveled or other actions are taken to improve the safety of the premises.

Tenants and patrons must also exercise reasonable care.  If there is a way to avoid the hazard, then avoid it.   We deal with many personal injury cases where the injured person could have exercised some discretion and completely avoided the accident, and subsequent litigation.  If you see a dangerous hazard, notify your landlord or the business you are visiting.  If snow is not removed in a timely manner and creates a hazard, submit a complaint in writing.  Evidence is important in establishing a personal injury case, and so developing good habits in recording evidence and documenting your actions can be very helpful.

If you suffered substantial injuries in a slip and fall on snow or ice, you may want to speak to an experienced litigation attorney.

Our office is often involved in litigation between adjoining property owners.  A common dispute involves a claim of trespass to land.  Some of the disputes are minor, such as your neighbor depositing yard waste onto your property.  The norm is the more significant problem, such as the neighbor that shoots fireworks onto your property causing a small brush fire, or the neighbor directing wastewater onto your property.  Disputes between neighbors regarding actions involving trespass can frequently be resolved through conversation and negotiation.  There are times, however, when the neighbors simply cannot resolve their differences, and resorting to the courts is necessary.

Although trespass is commonly referred to as an “intentional tort” under the law, it is not necessary under Washington law that a trespasser actually intends to enter on the land of another person.  Intent can be assumed if the trespasser undertakes actions or activities realizing that there is a high probability a trespass will occur and nevertheless disregards that probability.  Washington courts also recognize a negligent intrusion may also give rise to a claim against you for trespass.

To prove that a defendant is liable for trespass to land, there are four distinct elements that you must demonstrate:

What Remedies are Available?

A property owner or tenant has a right to be compensated for the damage caused by the trespass.  There are a variety of different damages that can be recoverable, including:

There are times when the trespass to land is continuous and unabated.  Obtaining a court-ordered injunction precluding the continuing trespass is also an available remedy.  Please contact our office for a free initial consultation if you are involved in a situation involving trespass to land. 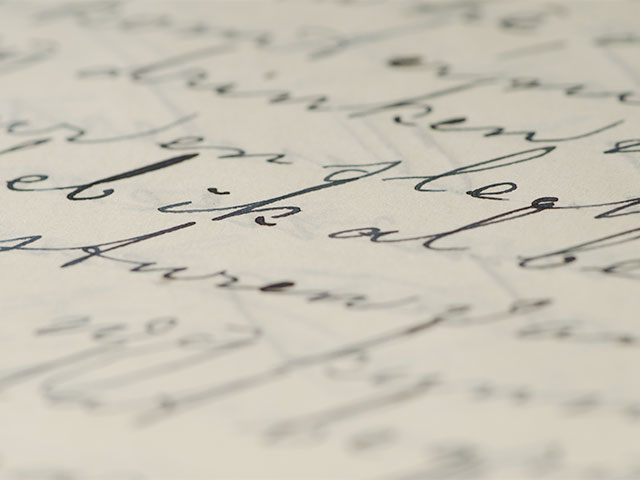 (This testimonial was written to the claims specialist at Nationwide Insurance Company.)

I don’t truly know where to begin to THANK YOU for all you have done for me, my family, and my business. I am without a doubt, a Nationwide Lifer! Your professionalism and caring manner, willingness to work with us and unwavering flexibility in helping to manage our lawsuit has been more than exceptional. You are spectacular! Stellar!

Please know that Todd Startzel and his entire team in Spokane have been truly incredible over the past 1.5 years.

Never before working with you, Todd, and Nationwide Insurance, have I ever felt that I was “in good hands.” (I know, that’s Allstate’s tagline)….I say, “With Nationwide, we’re in the BEST hands possible!” Nationwide is more than “on our side”.

I know from real world experience, that “Nationwide is AT MY SIDE, and even LIFTING ME UP at the same time!”

There are no words for how incredible, talented, and damn smart Todd and Stephanie are at Startzel’s law firm. They have been an absolute joy to work with over the past few years and we have even developed a great friendship through the turmoil of this lawsuit.

It pleases me so very much that Nationwide DID NOT have to settle the case for even a single penny! I know you have Todd’s team’s costs you have incurred, and I cannot tell you how deeply appreciative Gail and I are for your support and counsel during this lawsuit.

I authorize you to use this testimonial any way you would desire. My sincerest thanks to you and all you have done for us.

With my warmest regards, 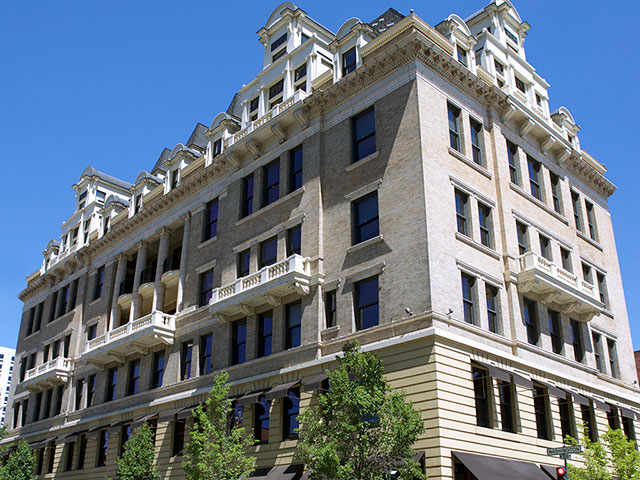 Kirkpatrick & Startzel, P.S. is excited to announce the relocation of its law offices as of August 1, 2017, to the historic Legion Building at 108 North Washington Street, Suite 201, at the corner of Riverside and Washington Street in Downtown Spokane. The phone number will remain (509) 455-3647. The Legion Building is a perfect match for Kirkpatrick & Startzel based on its historic presence in Spokane and connection to the rich history of the Inland Northwest. The new offices feature modern amenities in a historic setting, including comfortable conference rooms and a warm, inviting reception area. Access to the Legion Building will also be convenient for our clients, with several nearby parking options.

The Legion Building was built in 1901 and is listed on the Spokane, Washington, and National Registers of Historic Places. It was designed by notable Spokane architect John K. Dow, and has many unique aesthetic features and qualities typical of buildings built in the early 1900s. It was built by Spokane contractor Peter L. Peterson, who also was the contractor who built the Davenport Hotel. The Legion Building also has many modern updates due to a recent nearly 3-year renovation that both maintained and restored historic qualities while providing additional amenities.

Since 1988, Kirkpatrick & Startzel, P.S. has been providing top-quality legal services to its clients. Our primary service areas are Washington, Idaho and Western Montana. Our practice areas include complex civil litigation, commercial litigation, personal injury, wrongful death, catastrophic injury, civil rights, construction law, consumer law, insurance law, estate planning and more. The new office space is newly constructed and was custom designed to accomplish the firm’s ever-present mission to best serve the interests of its clients. For more information about the firm, please visit our newly updated website at ks-lawyers.com to find information about the new offices, our people and the work we do on behalf of our clients throughout the Greater Inland Northwest and beyond. We pride ourselves on being large enough to help, small enough to care. 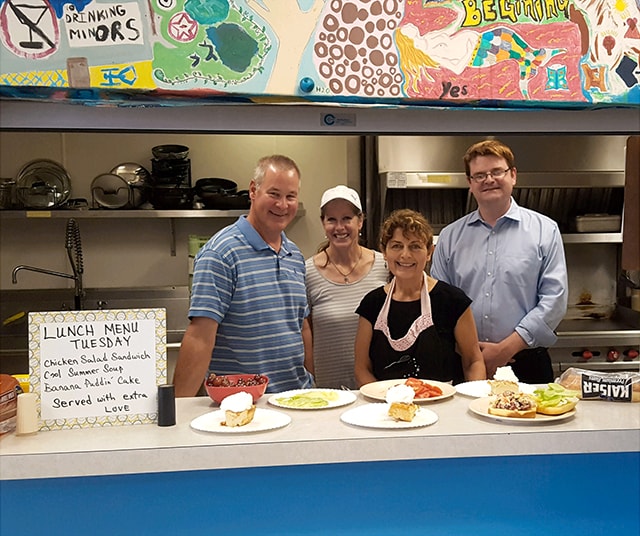 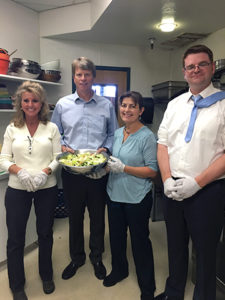 For the past year, members of our firm have assisted in meal preparation for the Crosswalk Teen Shelter. The Shelter is located in Downtown Spokane (525 W. 2nd Ave.) and provides a much needed service of meals and a place to stay for homeless teens. Crosswalk provides other necessities for the teens, such as tutoring, life skills training and counseling. The members of the Crosswalk team are dedicated volunteers, and our firm hopes to continue a long relationship of helping out this very worthwhile organization. 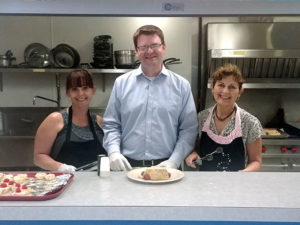